The evolution of the ancient Roman calendar

The word calendar comes from the Latin word kalendae or the first day of the month. It was the day when priests called the new moon from the Capitoline Hill in Rome. It was also the day when debtors had to paid their debts inscribed in the kalendarium from which comes the word calendar. Calendars were used to organize days for religious, administrative and commercial purposes and to plan for agricultural cycles. For example, the beginning of the year in the Roman calendar was also the beginning of the agricultural season. The last day of the week was the day when farmers came to the city's market to sell their products.

The first Roman calendar was a lunar calendar, based on the Greek lunar calendars where months begin and end when new moons occur. Because the time between new moons averages 29.5 days, the Roman lunar calendar had either 29 or 30 days. It had 304 days subdivided into 10 months starting from March and ending with December (from the Latin word decem or ten in Latin), while no months were assigned to the winter days between December and March.

The second king of Rome, Numa Pompilius (reign: 715–673 B.C.), introduced the months of Ianuarius (January) and Februarius (February). The year now had 355 days and the days of the months had either 29 or 31 days with February (28 days) being the exception. Because the year only had 355 days, it would quickly become unsynchronized with the solar year (also known as the tropical year). To solve this problem, days were periodically added to the month of February. The month of February was actually split in two parts. The first part ended with the Terminalia on the 23rd. Terminalia was in honor of the god Terminus or the god of boundaries and it celebrated the end of the religious year in the old Roman calendar. The second part consisted of the five days between the 23rd and the 28th. A leap month called the Mensis Intercalaris was inserted from time to time (usually every other year) between the two parts of February, thereby solving the calendar’s synchronization problem.

This system of synchronization was far from perfect and Julius Caesar (100 BCΕ – 44 BCΕ) introduced the Julian calendar in 46 B.C. which consisted of 365 days and now started on January 1st. Due to the gradual shift in the orientation of Earth's axis rotation, a phenomenon discovered by Greek astronomer Hipparchus of Nicaea and known as the axial precession, the solar year is circa 20 minutes shorter than the time it takes the Earth to complete one full orbit around the Sun. Therefore it was necessary to add a day in the year after a number of years to better synchronize the calendar with the solar year. Emperor Augustus (63 B.C. - 14 A.D.) added a leap day to the month of February making the average length of the year 365.25 days. Yet this still did not make the calendar perfectly synchronized with the solar year, as the year in the Julian calendar was still a few minutes shorter. As a result, the year in the calendar gained about three days every four centuries.

The calendar that we all use today celebrates Roman, not Christian deities and a number of months are named after Roman gods. March, the first month of the year in the old Roman calendar, was in honor of the god of war Mars. While the origin of the word April (Aprilis in Latin) is unclear, some historians believe that it comes from the Etruscan word Apru meaning the goddess Aphrodite, thereby celebrating the goddess Venus (the Roman equivalent of Aphrodite) the goddess of love and fertility. May was in honor of the goddess Maia, the goddess of spring and plants while June was in honor of the goddess Juno. Juno was the wife of Jupiter, the god of light and sky and the protector of the state and its laws. January was in honor of the god Janus, the god of the beginning and of the end. February comes from the Latin word februare or to purify. It does not celebrate a god but was named in reference to the Roman feast of purification called Lupercalia (from the word lupus or wolf), which took place between February 13th and 15th. The feast’s purpose was to expel the evil spirits and to purify the city thereby bringing health and fertility.

The old Roman calendar prior to the Julian calendar had an eight-day week just like the Etruscans. The eight-day week was the market week and ended with the day (called the nundinum, related to the word novem or nine as Romans counted days inclusively) when farmers came to the city's market to sell their products. Before the Julian calendar, the Romans did not name their days but marked them from A to H. One of the letters was the nundinal letter marking the market day. The nundinal letter changed every year as the year back then counted 355 days and as 355 was not a multiple of eight.

How Romans counted the days and years

The original purpose of the calendar was to properly time and plan for the various religious holidays. At the beginning of each month, priests called the new moon and announced the calends from the Capitoline Hill. They also announced the number of days to nones and the ides, both days of religious observance. The nones was the day of the half moon. It was six days after the calends in May, October, July and March, and only four days later for the other months. Ides was approximately in the middle of the month and the day of the full moon. It was always eight days after the nones. The Pontifex Maximus, the high priest of the College of Pontiffs or the equivalent of the Pope today, determined when a leap month (Mensis Intercalaris) was to be inserted.

The Romans identified the years by the name of the two consuls holding office in a specific year. For example, they would say "it is the year of consuls X and Y". In the first century B.C., Marcus Terentius Varro, an ancient Roman scholar and writer, introduced the AUC system (from Ab urbe condita or “from the founding of the City" in Latin) which assumed a foundation of Rome (“the City”) in 753 B.C. The AUC system was commonly used in the Empire alongside the consular year.

There were many holidays in the ancient Roman calendar and most of them were religious. There were many fixed holidays or feriae stativae and many feriae conceptivae which were holidays with no fixed dates, the dates being decided by the priests. The Saturnalia was celebrated from the 17th to the 23rd of December and it was a holiday where Romans would party, treat everybody equal and exchange gifts. Interestingly, when the Romans adopted the Christian faith the tradition of exchanging gifts remained.

Lupercalia which took place between February 13 to 15th was the Roman feast of purification. Its purpose was to expel the evil spirits, purify the city and bring health and fertility. February also had a feast in honour of the Ghosts of the dead called the Feralia which is the reason why Romans would never get married in February. Romans also had religious holidays in March and in October to celebrate the beginning and end of the war season. Wars could only take place between March and October when the weather was good and food resources were not limited. The Ambarvalia was a holiday with no fixed date in the ancient Roman calendar, one of the feriae conceptivae, which celebrated the coming of Spring (around the date of our Easter today).

Interesting facts about the Roman religion 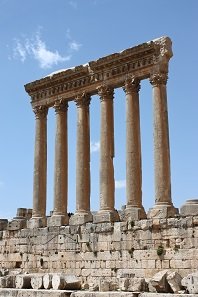