Roman weapons gave the Romans an advantage in the battlefield which allowed them to conquer most of the then known world. Roman soldiers were often much better equipped than most of their opponents as can be seen at the beginning of the movie Gladiator: the well-equipped Roman legionary wears a helmet and body armor and uses sophisticated Roman weapons such as the ballista. In contrast, the barbarian carries only shoddy weaponry.

The legionary's standard Roman weapons consisted of two spears, a dagger and a sword called the gladius. The gladius was a really well-conceived sword. Unlike other swords, it was light and short (about 21 inches long or 50 centimeters), meaning that it was easy to handle, especially at close range. So was the Roman spear (the pilum). The pilum would easily penetrate the enemy's shield and would bend upon impact, so that the enemy could not use it again against Roman soldiers. Its main use therefore was to render the enemy's shield useless (by the way, having no shield almost meant guaranteed death for the enemy). The Roman legionary also wore a dagger called the pugio.

He also had body armor (lorica segmentata), a metal helmet (cassis) and a shield (scutum). The helmet was also well-designed. It had metal pieces around the cheeks and guards to protect the forehead and the neck from sword blows. The Roman body armor (lorica segmentata) was made of overlapping iron strips, which were fastened together with hooks which were in turn held together by vertical leather straps. There were also metal plates on the front and on the back right below the neck and curved metal plates above the shoulders. The lorica segmentata allowed the Roman legionary to be flexible all while being able to withstand heavy sword blows. There other types of body armor being used such as the mail armour (lorica hamata) and the scale armour lorica squamata.

The ballista was an impressive piece of Roman weaponry. Just the sound of it when it was loaded and set to the armed position would terrify barbarian tribes. Caesar used this weapon extensively in his conquests in Gaul and Britain. The ballista was used to launch projectiles from a distance. It was used both at on sea and on land and for both offensive and defensive purposes. The word ballista comes from the Greek βαλλίστρα and from the Greek verb βάλλω which means "to throw".

Actually the ballista first originated in Greece but, just like with other Roman weapons, was improved upon by the Romans. It was like a giant crossbow consisting of two levers with torsion springs (made of sinew or sometimes horsehair, for strength and flexibility) and a slider on which darts or spherical stones were loaded. The darts were made of lead so as to be heavy and the spherical stones could vary in size. Roman engineers always worked on improving the design and technology of the ballista. For example, they introduced a lot of metal components which made later ballistae even more powerful and sophisticated (for example, the power of each torsion spring could be adjusted to take into account wind direction).

The ballista was a very accurate weapon, enemy soldiers could be picked out, shot from a distance and killed instantly. It was also very powerful and could easily penetrate body armor. Its maximum range was about 500 yards (450 meters) even though it was more accurate at a shorter range. Later ballistae had a range of over 1,100 yards (1,000 meters)!

The onager was a Roman catapult and was primarily used as a siege weapon in order to destroy city walls and fortifications. It consisted of a large frame placed on the ground with a vertical frame on its front usually made of (timber) wood. It had a big arm in the middle that contained the projectile. The arm was pushed down against the force of the torsion ropes (made of sinew or horsehair) and further energy was stored by twisting the ropes with a winch. There was also a sling at the end of the arm (and not a cup like in the Middle Ages) which added power to the projectile. It was primarily used to launch huge stones up to 55 lbs in weight (25 kg in weight) often set alight with a combustible substance.

The onager was a large weapon weighing up to 4 tons and for this reason it had to be assembled on site. It caused great devastation by destroying enemy fortifications and setting cities alight. It could also be used to bombard enemy troops by using a large number of smaller stones (also set alight). The Romans started using the onager in the 3rd and 2nd century BC most notably against the Greek city of Syracuse, the Macedonians, the city of Sparta and also during the Roman siege of Carthage in 146 BC.

Plumbata: towards the end of the Empire, the Roman legionaries were also carrying the plumbata. It was like a throwing dart made of heavy led and kept being the shield (usually about six of them would be kept). The Romans would also employ slings for these darts becoming as effective as the archers.

Arcus: the arcus was a Roman bow which shot the sagitta (the arrow). The Roman archer was called the sagittarius. The bow was made of wood, horn and sinew which was held together with a hide glue.

Tribulus: it was used to slow down the advance of cavalries (horses, elephants or even camels). It was made up of four sharp nails with one nail always pointing upwards. It was also effective against human troops. 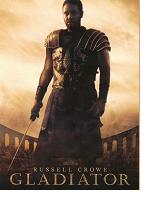 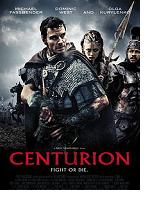 
Return from Roman weapons to Homepage