Contrary to popular belief, ancient Roman slaves were not all brutally treated and did not only do low skill labor. Some slaves were highly educated, many were cooks, teachers, accountants and even doctors! Some slaves were very well cared for by their master being well fed, provided comfortable accomodation and being allowed to go out to have fun, for example at the circus.

Slaves could even hold property and use it as if it were their own even though it belonged to their master. Educated slaves and slaves with special skills were allowed to earn their own money, money that they could use to eventually purchase their freedom.

However, slaves were not Roman citizens. They were considered property under Roman law. They did not have the same rights as citizens. This was especially the case when it came to punishment for crimes, the punishment being usually a lot harsher for slaves.

Corporal punishment could be applied to slaves (not to Roman citizens) and slaves could be condemned to death by crucifixion (Roman citizens could not). Furthermore, slaves performing low skill labor such as working in mines, mills or quarries usually faced very brutal working conditions.

The role of slaves in the Roman economy

The share of slaves in the total population is estimated at 30-40% in the Late Republic (a huge percentage) to circa 10-15% during the Empire. Slaves were often former soldiers captured during Rome's wars of expansion.

Often slave dealers would follow the Roman army in order to acquire slaves. You can clearly see this in the movie Spartacus where slave dealer Lentulus Batiatus asks Roman general Marcus Licinius Crassus to be the main dealer after Crassus defeats the army of Spartacus.

Pirates also contributed to the supply of slaves by kidnapping people and selling them for a profit. Slave trade was a very profitable business, a slave could be sold for around 1,000 sestertii in the 1st century A.D. while we estimate that the salary for the average Roman worker during this period was around 80 sestertii per month.

How slaves acquired their freedom and restrictions on freeing slaves

Educated slaves could buy their freedom from their master. They became freedmen. Slaves could also be freed for doing a good deed towards their master or just out of respect or friendship.

It is worth noting that during the Pax Romana, Rome stopped expanding and acquiring new territories. As a result, the supply of new slaves decreased dramatically. To maintain the slave population, the government put restrictions on freeing slaves. Escaped slaves were hunted down and rewards were often offered for their return.

Fugitive slaves could be whipped or killed (by crucifixion). They could also be branded on the forehead with the letters FUG which meant fugitive, fugitivus in Latin.

As we previously pointed out, many slaves were former soldiers captured during Rome's wars of expansion. As a result, there were many slave revolts called the Servile Wars in the Late Roman Republic, the most well-known being the one led by Spartacus in 73 B.C. – 71 BC. The excellent movie Spartacus is actually about the Third Servile War! 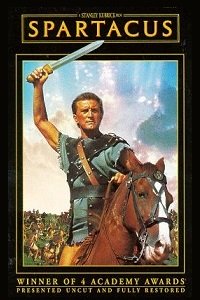