The Mid-Republic and the Punic Wars

Before the Punic Wars, in the third century BC, Rome had control of all the Italian peninsula. It was also a major naval power and it profited from trade in the Mediterranean sea. There was however another major power in the Mediterranean: Carthage. The two powers eventually went to war. The first Punic War started in 264 BC. Messana (today's Messina) and the Greek city of Syracuse were two rivaling cities in Sicily. Messana asked Carthage for help. But eventually Messana became fed up by Carthage's presence and asked Rome to expel the Carthaginians from its city. Rome had an interest in going to war against the Carthaginians: it didn't want them close to its territory in southern Italy. Helping Messana was also an opportunity to have a strategic presence in Sicily.

Carthage was a maritime power and defeating it was not going to be easy for Rome. It didn't have the experience that Carthage had when it came to fighting battles at sea. But after 20 years of fighting, Rome managed to defeat Carthage and a peace treaty was signed demanding war reparations.

The Second Punic War was actually fought over these war reparations. Hannibal marched through Hispania, crossed the Alps and invaded Italy spreading panic in towns and villages. General Fabius Maximus delayed Hannibal's advances in Italy by fighting small battles which eventually weakened Hannibal's army. In the end, Hannibal was unable to attack the city of Rome. These battles left us what we call today the "Fabian strategy".

All these battles lasted in total more than 16 years. Hannibal's army caused great damage by destroying a lot of Rome's agriculture and supplies. As supplies were running low, endangering the livelihood of Romans, Rome decided it was time to invade Carthage. The Roman forces were headed by Scipio (who had actually fought and defeated the Carthaginians in the first Punic War). The Second Punic War ended at the Battle of Zama in the autumn of 202 BC and with the resounding victory of the Roman army. Rome had conquered Hispania and Syracuse and had now complete control over Sicily.

Carthage was broken and humiliated. For the next 50 years, it paid war reparations to Rome and by 150 BC it had paid them in their entirety. By then, Rome didn't consider Carthage as a threat and was focused on some of the kingdoms in Greece and various revolts breaking out in Hispania. For its part, Carthage felt that it had paid all of its war reparations and that it no longer had to be submitted to Rome. However, the Roman Senate saw things quite differently.

In 151 BC, Numidia, a Berber-Libyan kingdom (located in today's Algeria and a small part of western Tunisia), attacked Carthage. Carthage asked Rome for help and Rome sent its ambassadors. As Carthage was battling Numidia, the ambassadors evaluated that Carthage had a good chance of winning, that it could then come to dominate North Africa and become a power in the Mediterranean again.

The decision was made to destroy Carthage. Roman ambassador Marcus Porcius Cato said this famous phrase: ceterum censeo Carthaginem esse delendam, translation: furthermore, I think that Carthage should be destroyed. In 149 BC, Rome declared war to Carthage. The reason given was that the Carthaginians had attacked Numidia without Rome's approval. All of Carthage's inhabitants fought bravely against Rome and they resisted well at first. But eventually, general Scipio Aemilianus completely destroyed the city and razed its walls to the ground. The inhabitants of the city that remained alive were captured and all sold as slaves. With the end of the Third Punic War, Rome had control of large North African territories.

Rome had also been focused on conquering the Greek kingdoms. These kingdoms were very developed and sophisticated. One example is the Seleucid Empire which resulted from the division of Alexander the Great's Empire. The Seleucid Empire was a huge Greek empire that stretched from today's Middle East (with the city of Babylonia in what is Iraq today) to northwestern India. It was dominated by Greek elites and by Greek culture and customs.

The Seleucid Empire's expansion into Anatolia (today's Turkey) was stopped in what were some very brutal battles with the Roman army in the 2nd century BC. Eventually Rome conquered the Greek territories (in today's Turkey and the Middle East). The conquest of these territories also had another effect: Rome adopted some of the Greek customs and Roman culture became more refined and sophisticated. Rome also became the sole power in the Mediterranean. 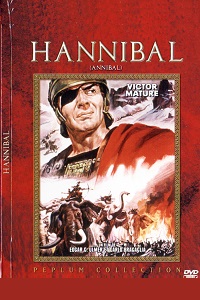 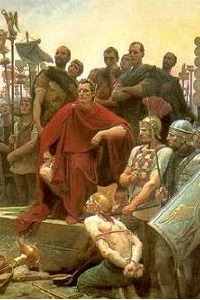 Return from The Punic Wars to Homepage