Actually the citizens of the empire would simply call it the "Roman Empire": Βασιλεία Ῥωμαίων in ancient Greek or just "Rome" (Ῥωμανία). The Byzantine Empire was the largest economic and cultural union and was also the strongest military force in Europe. The main language spoken was Greek even though Latin was the official language used in the administration and the army until emperor Heraclius (reign: 610-641 AD).

Emperor Zeno (reign: 474-491 AD)
In 480 AD, Zeno declared himself emperor of the entire empire and ended the division of the empire (east/west). However, Italy was in reality ruled by Odoacer. Eventually Odoacer turned against Zeno. To counter this, Zeno convinced the Ostrogoths and the Gothic king Theodoric who were based in Moesia (in the Balkans) to invade Italy and to become ruler of Italy. Zeno's aim was to remove Odoacer and get the Ostrogoths further away from the heart of his empire. Odoacer was defeated in 493 AD and King Theodoric ruled Italy.

Emperor Anastasius I (491-518 AD)
Anastasius fought the Isaurian War from 492 to 497 AD which was a war against rebels in Isauria. Anastasius improved the empire's monetary system by setting definive weight to the follis, a coin made of copper used in everyday transactions. He made important reforms to the tax system such as abolishing the chrysargyron tax (in Greek: χρυσάργυρον) also know as the collatio lustralis in Latin which was a tax applied on various traders (including prostitutes!) which was paid every four years in gold and silver. When Anastasius I died the state treasury held over 150 tons of gold!

Justin I (reign: 518–527 AD) and Justinian I (reign: 527–565 AD)
During his reign, Justinian conquered territories in North Africa and even in Italy including Rome! General Belisarius entered Ravenna in 540 AD, after successfully conquering Naples and Rome and helped Justinian achieve the conquest of Italy. However, the Byzantine Empire lost Rome again in 546 when the Ostrogoth king Totila captured the city.

In 535 AD, Justinian signed a 50-year peace treaty with Khosrau I of Persia and agreed to pay the Sassanids a large annual tribute. In the same year, there was a large revolt in Constantinople (known as the Nika riots) which ended with the execution of close to 35,000 rioters! The riots destroyed the city's main church which led to the construction of the Agia Sofia church also known as the Church of the Holy Wisdom.

Justinian also banned polytheism. He updated and further codified Roman law, a law that was used until the end of the Eastern Roman Empire. His reign was marked by many epidemics including the Plague of Justinian which weakened the empire. Finally, Justinian was married and madly in love with Theodora, a woman of modest origins (she used to be a dancer and a "woman of the night") and who influenced him in his decisions.

Justin II (reign: 565 - 574 AD)
After Justinian died in 565 AD, his successor, Justin II refused to pay the large tribute to the Persians. Meanwhile, the Germanic Lombards invaded Italy; by the end of the century only a third of Italy was in Byzantine hands.

Tiberius II (reign: 574 - 582 AD)
A few years following Justinian's death, the Eastern Roman Empire lost a lot of the conquered territories in Italy and only kept Southern Italy and Sicily. Justin's successor, Tiberius II, choosing between his enemies, awarded subsidies to the Avars while taking military action against the Persians. Though Tiberius' general, Maurice, led an effective campaign on the eastern frontier, subsidies failed to restrain the Avars. They captured the Balkan fortress of Sirmium in 582 AD, while the Slavs began to make inroads across the Danube.

Maurice (reign: 582–602 AD)
Emperor Maurice conquered new lands in the east. His assassination in 602 AD led to a war with the Sassanid Persia that lasted for 20 years. It is said that this war consumed a lot of the Empire resources and weakened it. As a result, it was not able to counter the muslim conquests in the seventh century.

Eastern Roman Empire in 600-1000 AD: loss and reconquest of territories

In the eighth and ninth century the Byzantine Empire managed to reconquer some lands in the east. In 1,000 AD, emperor Basileios II reconquered Armenia and Bulgaria. The economy and trade and Byzantine culture were then thriving.

1071-1453 AD: The four crusades and the Ottoman conquest of Constantinople

In 1,071 AD, Byzantine forces were defeated at the Battle of Manzikert. This defeat also marked the beginning of the decline of the empire. In 1,095 AD, following two decades of internal fighting and Turkic invasions, Emperor Alexius I Commenus asked the Western Europe kingdoms for help. The kingdoms' response was the Crusades which eventually led to the Sack of Constantinople during the Fourth Crusade.

1,204 AD was the year of the conquest of Constantinople which fragmented the Empire into successor Latin and Byzantine states. Constantinople was eventually recaptured by imperial forces in 1,261 AD but remained only a small Greek State on the Aegean coast. Many of its territories were gradually conquered by the Ottomans. Eventually, the Eastern Roman Empire collapsed when the Ottoman Turks forces led by Mehmed II conquered Constantinople in 1,453 AD. That was the end of the Eastern Roman Empire which was by then only a small Greek State (the Greek state was created 400 years later in 1821). 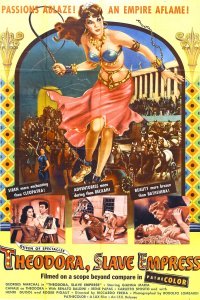