Ben-Hur is not a movie about Ancient Rome per say but it is set in the Roman Empire and in the Roman province of Judea in the 1st century A.D.. It is the story of Jesus-Christ and that of Judah Ben-Hur, a wealthy merchant and prince in Judea.

The Ben Hur movie was in 1959 a mega-production with a budget of $ 15.2 million which was the highest ever at the time. Being a big production, the movie sets were huge and considerable resources were used to recreate life in the 1st century A.D. in Jerusalem and the Roman Empire. For example, thousands of costumes were made for the movie. The sets were the largest of the time.

Ben-Hur grows up with Messala, a Roman citizen who later becomes a tribune and the commander of a Roman garrison. Messala believes in the glory of Rome and is devoted to the Roman Empire and urges his Jewish friend to do the same.

Ben-Hur however refuses. When a tile of his house nearly kills Valerius Gratus, the governor of Judea (governor from 15 to 26 A.D.), Messala uses the opportunity to condemn his old friend to the galleys and to imprison his mother and sister. Throughout the movie, we are taken back to the 1st century A.D. with nice images of Rome and Jerusalem. There is an amazing chariot race and an impressive naval battle between Roman ships and Macedonian pirates.

Some of the characters in the movie are real historical figures such as governor Valerius Gratus, governor Pontius Pilate (governor from 26 to 36 A.D.) or emperor Tiberius (reign: 14 - 37 A.D.). It can also be argued that Jesus Christ is another real historical figure. However Judah Ben Hur and Roman Consul Quintus Arrius did not exist in history.

There are also some small historical inaccuracies. For example, the rowers in the Roman warship would not have been slaves noting that slaves were only used in merchant ships. Overall, Ben Hur is not only a touching story about the life of Jewish prince and his family and his interaction with Jesus Christ but also a movie about life in the Roman province of Judea in the 1st century A.D.. 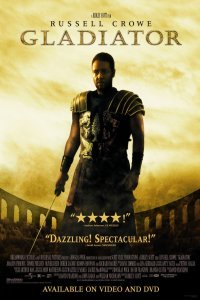 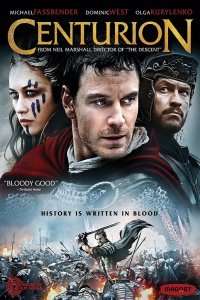 Return from Ben-Hur Movie (1959) to Homepage