Romulus and Remus movie a.k.a Duel of the Titans review (1961)

Romulus and Remus (Romolo e Remo in Italian) also known as Duel of the Titans is a 1961 Italian production starring Steve Reeves, Virna Lisi and Gordon Scott. As the title of the movie indicates, it is the story of Romulus and Remus, the founders of Rome. It is as far as we know the only movie ever made about the story of the two brothers behind the founding of Rome.

Two babies are born from the God Mars and Rea Silvia, a mortal, are placed in a basket and abandoned in a river. A she-wolf finds them and nurtures them. Later a shepherd discovers them and raises them as his own children. The twin brothers grow to lead a group of men that want to eliminate two cruel kings: the king Amulias and the king Nemulias who are the kings of the Sabines.

Romulus (Steve Reeves) kidnaps and then falls in love with the beautiful daughter of king Nemulias. Later the Sabine king is in pursuit of the man who stole his daughter and of the group of men who destroyed his city of Alba Longa.

Remus (Gordon Scott) marches towards the city of glory (the future city of Rome) according to the prophesy. By trying a shorter route, thereby defying the Gods, Remus, Tarpea (the woman who loves him) and his followers have to cross a volcano. The volcano then erupts and badly injures both Remus and Tarpea. The Sabines arrive and spare their lives as Tarpea gives them the location of the king's daughter, taken by Romulus. Later they are let free as the king declares: "That man has his destiny...as have all of us."

Romulus is a good, kind hearted man who helps the people around him. In contrast, his brother Remus is selfish and overly ambitious with plans to rule a new city. Romulus discovers that his brother Remus has become power hungry and greedy. Eventually the Sabines join forces with Romulus. A duel between the two brothers ensues in the valley of the sevens hills (the Palatine hill, the Capitoline hill, etc surrounding the future city of Rome). Remus tries to kill his brother as he wants to become the sole ruler of what is to become the city of Rome.

No silly supernatural stuff in the Romulus and Remus movie

Even though the movie deals with a Roman legend, we never see any silly supernatural stuff as in other movies about ancient legends. The acting is really good and convincing and the movie sets and costumes are realistic and make the movie scenes look really good. Overall the movie flows really well with its intense battle scenes and arena fights and is highly recommended if one is interested in the legend of the founding of Rome. 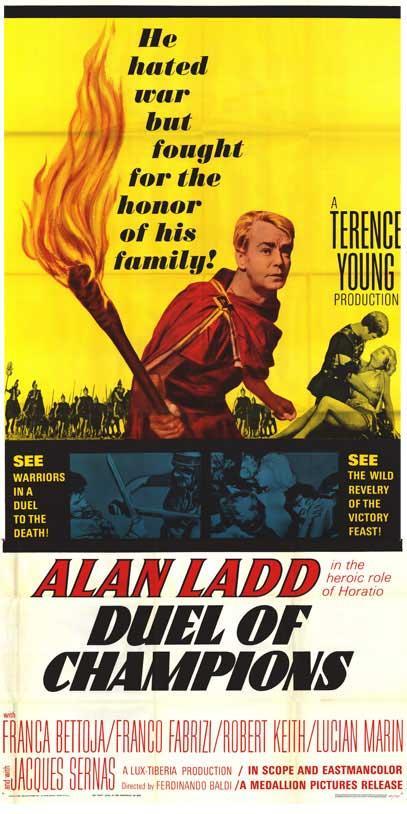 Return from Romulus And Remus movie (1961) to Ancient Rome Movies

Return from Romulus And Remus movie (1961) to Homepage